South Africa became an independent country in 1931 from the United Kingdom. Its official language is English, however there are local languages in specific regions. Its capital city is Cape Town, and Johannesburg is one of the biggest cities and economic hubs. South Africa is the headquarter of major African corporations, such as MTN Group and Sasol.

China is the most influential trade partner of South Africa. China has the highest share both in imports and exports. The most important export products of South Africa are precious metals such as gold and diamond.South Africa has a positive trade balance, it exports more than it imports.

Below, you can see the fact sheet, macroeconomic outlook and trade relations of South Africa with Turkey. 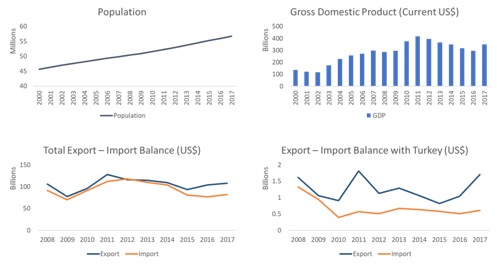 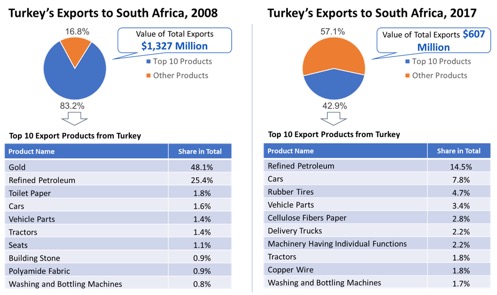