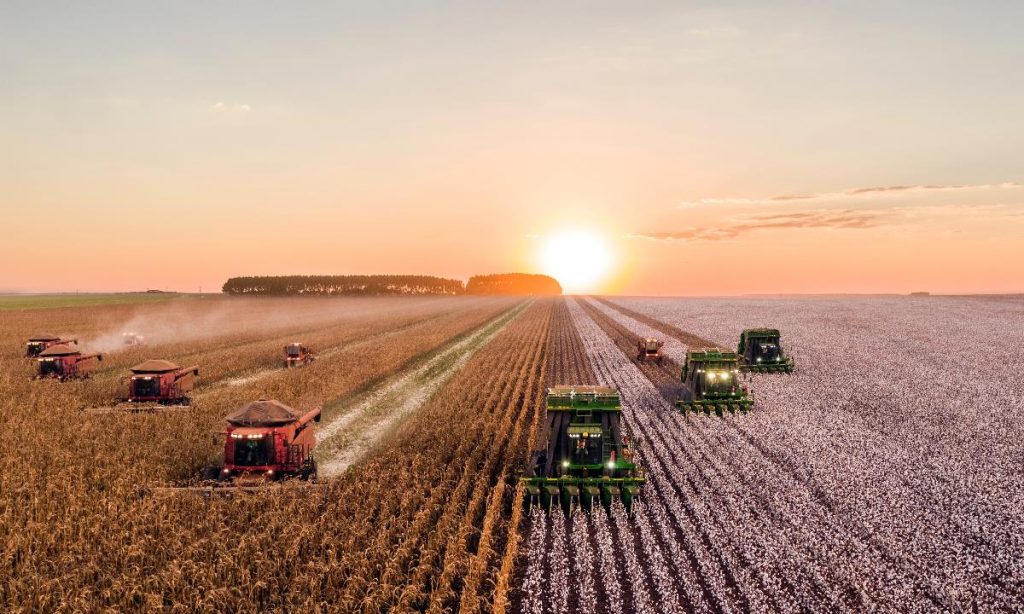 Historically, the agriculture sector has been Turkey’s largest employer and a major contributor to the country’s GDP, although its share of the economy has fallen consistently over several decades. Turkey is the world’s 7th largest agricultural producer, and a top producer and exporter of crops ranging from hazelnuts and chestnuts to apricots, cherries, figs, olives, tobacco and tea.

Agriculture is by far the single most important economic activity in Africa. It provides employment for about two-thirds of the continent’s working population and for each country contributes an average of 30 to 60% of GDP and about 30% of the value of exports. Still, arable land and land under permanent crops occupy only about 6% of Africa’s total land area.

Except for countries with sizable populations of European descent—such as South Africa, Zimbabwe, and Kenya—agriculture has been largely confined to subsistence farming and has been considerably dependent on the inefficient system of shifting cultivation.

Africa produces all the principal grains—corn, wheat, and rice—in that order of importance. Corn has the widest distribution, being grown in virtually all ecological zones. Highest yields per acre are recorded in Egypt.

Fodder crops are not widely grown except in subtropical areas of North Africa and the highland zones of East and Southern Africa, where pure stands of alfalfa (lucerne) are raised.

Among the important fruits are bananas, pineapples, dates, figs, olives, and citrus; the principal vegetables include tomatoes and onions. The banana is well distributed throughout tropical Africa, but it is intensively cultivated as an irrigated enterprise in Somalia, Uganda, Tanzania, Angola, and Madagascar.

Tea, coffee, cocoa, and grapes are all grown in Africa. Kenya, Tanzania, Malawi, Zimbabwe, and Mozambique are the largest producers of tea, while Ethiopia, Uganda, Côte d’Ivoire, Tanzania, and Madagascar are the major producers of coffee. Cocoa is essentially a tropical forest crop. Its cultivation is concentrated in western Africa, with the principal producers being Côte d’Ivoire, Ghana, Nigeria, and Cameroon.

Cattle, sheep, and goats form the bulk of livestock raised. Except in South Africa, most of these animals are raised essentially for meat. Sheep in the north and south are also kept for their wool; South Africa alone produces half of the entire continental production, much of the clip from Merino or crossbred Merino sheep.

Fishing is important on the local level in all countries bordering the sea or inland bodies of water. Commercial ocean fishing is practiced most widely by the countries near the rich fishing grounds of the west coast—South Africa, Namibia, Angola, Nigeria, Ghana, Senegal, and Morocco. Herring, sardines, and anchovies contribute most to the ocean catch, followed by jack, mullets, sauries, redfish.

As Istanbul Africa Trade Company, we are well aware of the agricultural development in Africa. Our company gently fullfills the demand of our consumers on Turkish made machinery and equipment. Our clients in the African continent import agriculture machinery from Turkey