Republic of Sudan is in North East Africa and it is bordered by Egypt, Eritrea, Ethiopia, Central African Republic, Chad and Libya. It has a population of 40 million people and its economic output is $117 Billion. Since 2011, Sudan has been facing political and military conflicts in its southern regions.

Turkey and Sudan has close diplomatic and commercial relations. In 2017, Turkish delegation of more than 150 businessmen visited Sudan to explore opportunities. Sudan is an important export market for Turkey and Turkish exports reached $400 Million in 2017. Turkey mainly exports food products and electric machinery to Sudan. The population and economy of Sudan are growing very fast and there are many opportunities thanks to Sudans’s large economy and close relations with Turkey.

Below, you can see the fact sheet, macroeconomic outlook and trade relations of Sudan with Turkey. 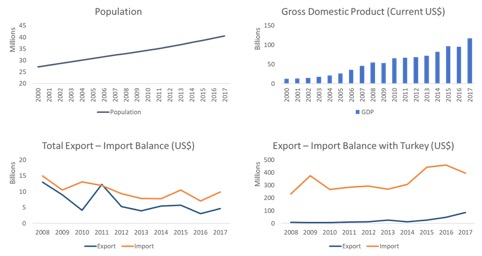 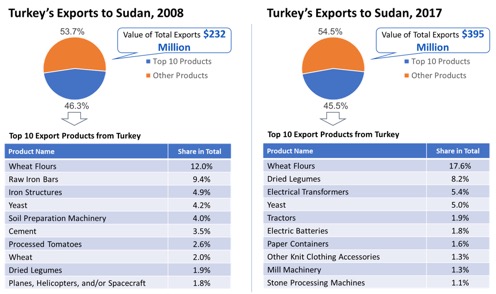