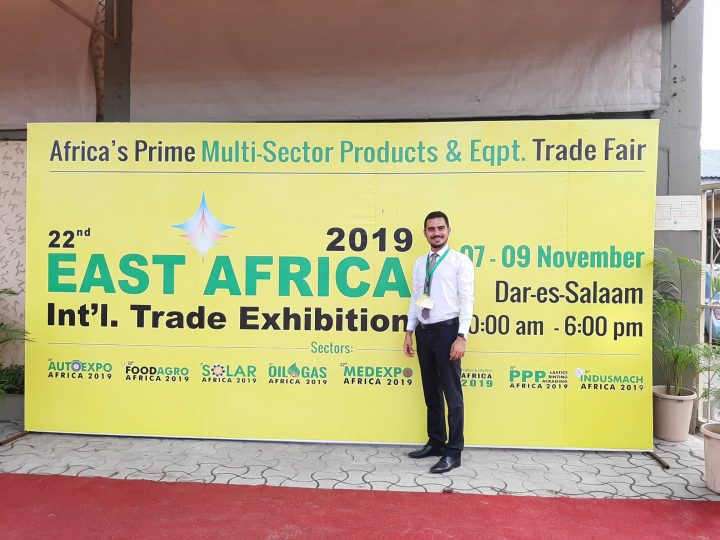 The 22nd East Africa International Trade Exhibition (EAITE) on multi-sector products, equipment & machinery is the largest trade event held annually in Tanzania, the hub of the vast East African market. The exhibition attracts exhibitors from more than 30 countries and visitors from all over East & Central Africa, thus giving exhibitors an excellent opportunity to explore several countries at one time.

Over the past few years, Tanzania has emerged as a major regional trade centre. This is mainly due to the very friendly and businesslike atmosphere it offers to foreign investors and products. Duties are considerably low and re-exports to neighboring countries are either very low or exempted.

Tanzania covers an area roughly twice the size of California. The terrain includes coastal plains, a central plateau, and highlands in the north and south. It is home to Mt. Kilimanjaro ( the highest point in Africa ) , Lake Victoria ( the second largest lake in the world), and the Great Rift Valley. The climate varies from tropical along the coast to temperate in the highlands. Natural resources include hydropower, tin, phosphates, iron ore, coal, diamonds, gemstones, gold, natural gas, and nickel.

Population. Around 55 million people live in Tanzania. Kiswahili or Swahili (Kiunguju in Zanzibar) and English are the official languages; Arabic and numerous other local languages are spoken as well. The population is overwhelmingly native African (99%), most of whom are Bantu (95%). Religious practices on the mainland include: Christian (30%), Muslim (35%), and indigenous beliefs (35%).

Over the past few years, Tanzania has emerged as a major regional trade centre. This is mainly due to the very friendly and businesslike atmosphere it offers to foreign investors and products. Duties are considerably low and re-exports to neighboring countries are either very low or exempted.

Tanzania’s primarily agrarian economy is constrained by geography and environmental factors such as low and erratic rainfall, soil erosion and deforestation. Only 8 percent of Tanzania’s land is under cultivation, although about 80% of its population is employed in agriculture. The principal cash crops of coffee, cotton, sisal and tobacco have been affected by instability in the world market demand and rising costs of imported fuel, fertilizers, and equipment.

At 7%, in 2016, Tanzania’s economy is expanding quickly, putting it close to the top of the fastest growing economies in Sub-Saharan Africa. This expansion softened during the last quarter of 2016, however, and continued to do so into 2017.
Since entering office, President Magufuli has reoriented public expenditure toward development spending, reducing recurrent expenditure significantly, and intensifying efforts to mobilize domestic revenue. Government spending was cut back, and a cap put in place on the salaries of executive officers. New measures were also introduced to control tax exemptions.